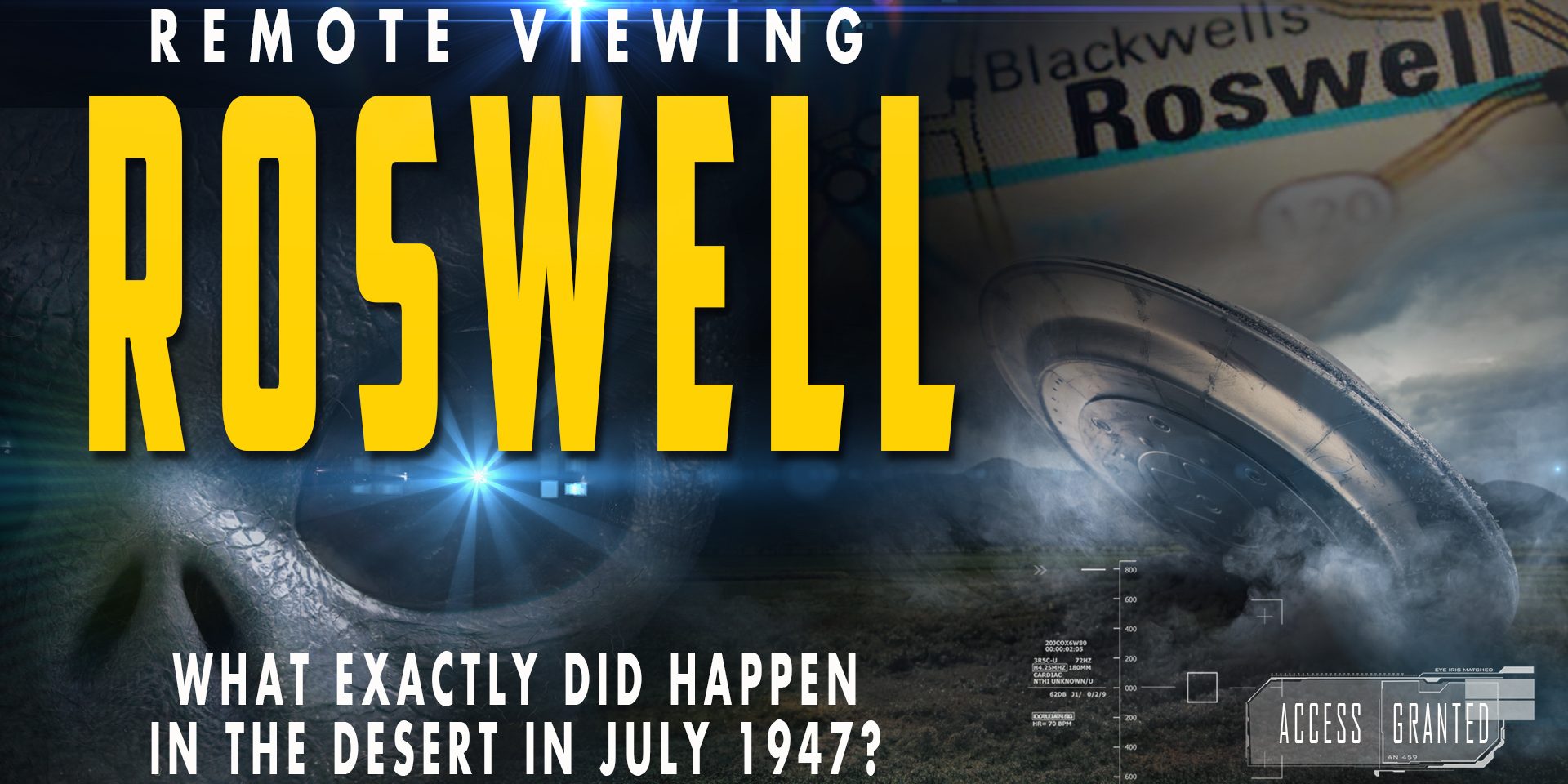 In December 2016, Daz Smith, as part of a team, was tasked to remote view The Roswell Event by Courtney Brown of the Farsight Institute. This was a BLIND remote viewing experiment as part of Farsight’s ongoing Mysteries series.

This amazing video is the RAW video footage of Daz’s final remote viewing sessions captured LIVE on camera. Also enclosed in the links below are all Daz’s paper based remote viewing session that led to this final video session. Remember Daz was BLIND to this target and ONLY had the information TARGET15.

The UFO crash near Roswell, New Mexico in July 1947 is one of the most seminal moments in modern history. Claims and counter claims have rattled the debates since the beginning. Now, for the first time ever, three of the most talented remote viewers on the planet, all with track records in public scientific experiments in remote viewing, have come together to answer the question of what happened on that fateful day.

Working alone and under totally blind conditions, these remote viewers produce new eyewitness accounts of the crash, both from the inside and outside of the spacecraft. Then the remote viewers travel back in time to describe the origins of this craft, offering a deeper understanding of the beings who flew it, and who built it. And there is more, much more. This life-changing documentary has two parts that are combined into a single stunning three-hour cinematic experience.

The Remote-Viewing Targets for This Project:

Target #15a:
The viewer will remote view the event at Corona, New Mexico, commonly referred to as the “Roswell UFO crash” that occurred in July of 1947. The viewer will perceive all aspects of the event, including the object involved in the event immediately prior to the incident that caused the crash (when it was still in good condition), the incident that caused the object to crash, the crash itself, as well as the immediate aftermath of the crash.

Target #15b:
The viewer will remote view the object that crashed in Corona, New Mexico (commonly referred to as the Roswell UFO crash of July 1947) at the time when the object was located at its point of departure before leaving to enter the area over New Mexico where it ultimately crashed. The purpose of this target is to perceive the object in its pristine condition in the location where it originates prior to departing for the trip that resulted in the crash. The viewers should describe the location and its surrounding environment, as well as nearby subjects.

Watch this VIDEO on YouDaz-smith_roswell-rv-full-2021