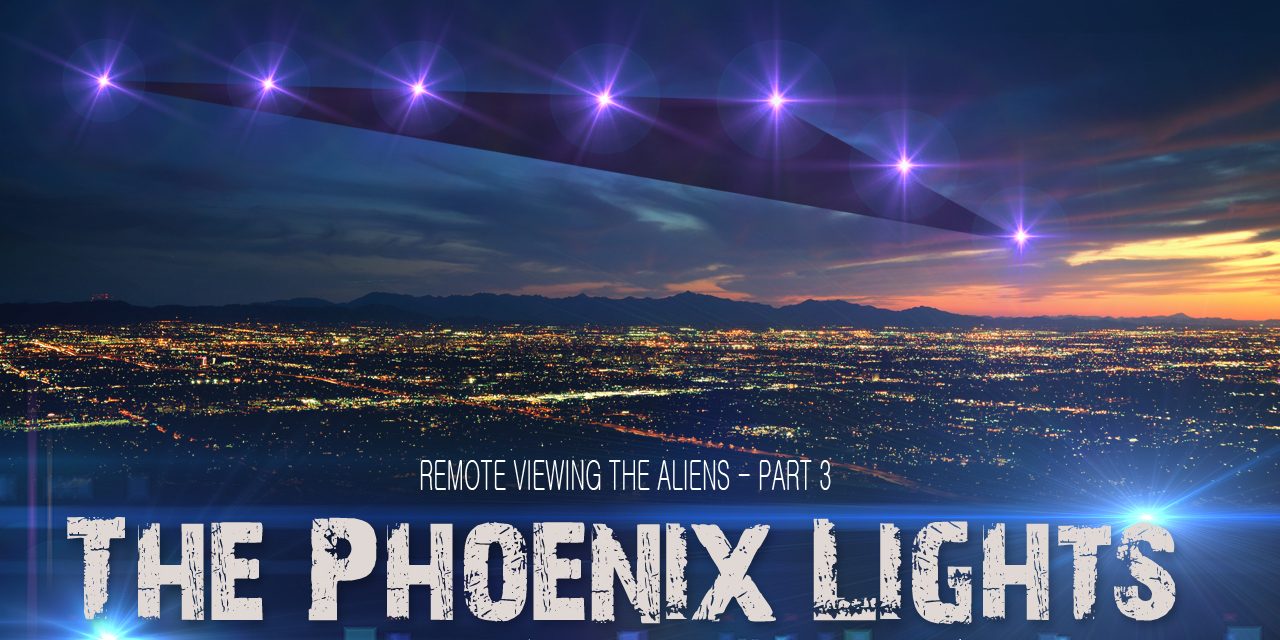 On Thursday, 13 March 1997, an anomalous series of lights flew in steady formation over the American southwest, eventually settling in over Phoenix, Arizona. This became know as The Phoenix Lights. The lights appeared to be connected to a large craft, and the underbelly of that craft was so big it blocked out much of the sky above. The event was witnessed by thousands of people for a number of hours, including the governor of Arizona.

Courtney Brown from the Farsight Institute hired myself (Daz Smith) and Dick Allgire as remote viewers to look into this amazing case. The data for this project, recorded live on video, includes stunningly corroborating data, and what appears to be a direct communication between a being on the craft and humans in observance of an event in the sky above them.

All the remote viewing for The Phoenix Lights was done BLIND – we as remote viewers were only given the information – this is target 12c – go view, this was our focal point and the only information shared.

This is the third remote viewing project in a three project set looking at possible alien/anomalous interactions and locations/events. All three projects were worked BLIND and LIVE on camera.

Click here to watch the full documentary and LIVE remote viewing on video.