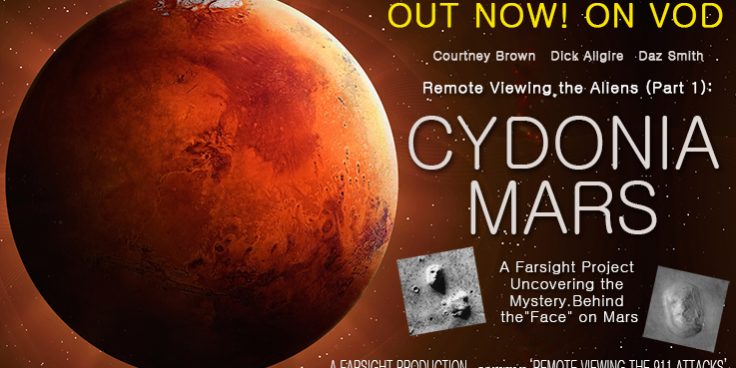 As a participant in one the the Farsight Institutes three part video project I would like to introduce you to the newly released video Remote Viewing Cydonia – Mars.

Myself and another Remote Viewer Dick Allgire were blindly tasked this project than spanned a few moths and was a project that ended-up having three different target components all three related to possible artificial or extra terrestrial activity or encounters. The first in the three part project focused upon the alleged ‘Face on Mars’ location in the Cydonia region of Mars.

As a remote viewer on this project we worked solo and blind – meaning we had no information what-so-ever upfront only the project name: 12 A, 12D. 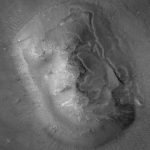 12D was eventually much later revealed as: The target is that which is shown in the target image on Mars at the time that the image was taken.

12A was finally revealed as: The viewer will remote view that which caused the parallel and perpendicular lines in the topography of the target image on Mars at the time when the cause was in its optimal state. Essentially a movement back in time at  he same target location.

The data from both of the remote viewers overlapped in both the sketches and  descriptive data. Accurately, we both describe a location that is dry, barren, rocky, dusty, harsh living, remote and desolate. We also describe what appears to be structures or a structure that is embedded in and on the land and that is very old/ancient. Its weathered and damaged by time and elements. It has underground or subterranean elements and is abandoned or not used at this time.

Now, this is not the first time Mars has been described as having structures, past life and more by remote viewers. In 1984 Joe McMoneagle also described similar structures and data on the planet Mars. An article about his experiences can be found here where you can listen to the actual remote viewing session in audio – click here.

What does all this mean?

Well at this stage its part speculative. It appears that remote viewers can and often do describe Mars. its location, environment and all the known details very accurately. What we cant feedback on properly is the remote viewers data that seems to also indicate anomalies on Mars including ancient strictures. For this we will have to wait until physical technology catches-up with remote viewing and allows us to fully explore these descriptions. All I can offer at this time is for you to take  a look for yourself and to keep an open mind.

One of the paper Remote Viewing sessions for this project, used as a warm-up for the video remote viewing by Daz Smith can be viewed here:

The first part of this three part video project Remote Viewing Cydonia Mars – can be watched online at the Farsight Institute here. A DVD release will be coming soon!