More than a hundred years ago an extraordinary mechanism was found by sponge divers at the bottom of the sea near the island of Antikythera. It astonished the whole international community of experts on the ancient world. Was it an astrolabe? Was it an ornery or an astronomical clock? Or something else?

For decades, scientific investigation failed to yield much light and relied more on imagination than the facts. However research over the last half century has begun to reveal its secrets1.

In 2012 Alexis Champion from IRIS Intuition2 tasked myself and other viewers on a client related Remote viewing project against the mechanism. The client wanted a description of the mechanism and wanted to know its use. We of course worked BLIND on the project knowing only; 120904374 – The target is an object.
I do not know who the client was.

As a viewer on this I did two remote viewing sessions (attached below).

My initial session picked-up on an intricate man made with multiple parts. 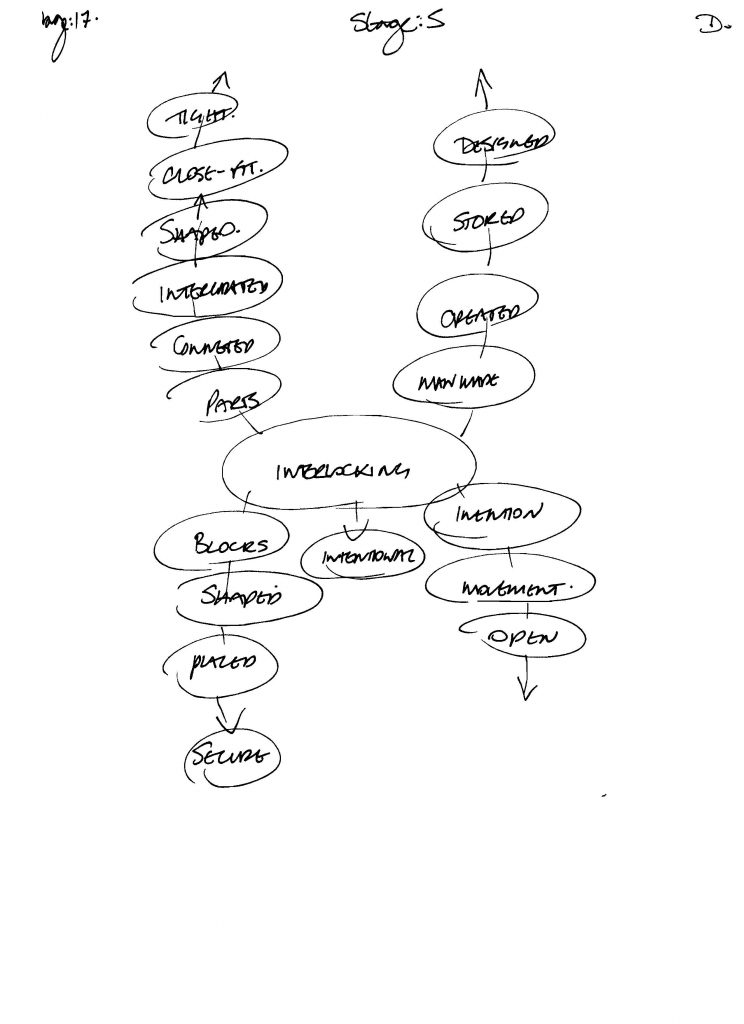 I was then retasked to get more detail information on its use so I attempted a second session. The data in this indicated:

The use of the object:

This last month articles started to appear with an update on the mechanism.

“The enigmatic ‘Antikythera Mechanism’ has been back in the news recently, with researchers unveiling the results of a decade-long project to decipher tiny inscriptions on the device. Previous research had largely focused on the mechanics of the ‘ancient computer’ that was salvaged from a shipwreck in 1901 by sponge divers.

The approximately 2100-year-old clock-like device could be used to calculate the movements of the Sun, Moon and planets, as well as predict eclipses, using a system of gearwheels, with the user able to ‘travel’ backwards and forwards in time by winding a handle.

The new discoveries about the mechanism were made possible by modern imaging technologies (“computed tomography and polynomial textual mapping”) being applied to the tiny engraved text found on it – some of which were barely 1mm in height! 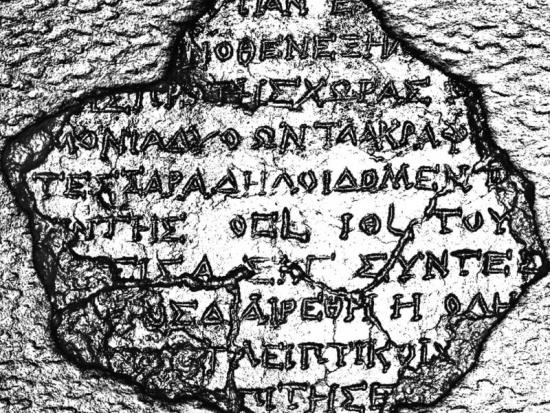 On the back of the mechanism they found dials showing lunar calendars, a ‘Games’ (i.e. an athletic competition, such as the Olympic Games) calendar, and information about predicting eclipses:

“The rear face of the Mechanism consisted of a rectangular “Back Plate” dominated by two large spiral dials. The upper five-turn Metonic Dial represented a 235-lunar-month calendrical cycle while the lower four-turn Saros Dial represented a 223-lunar-month eclipse prediction cycle. A subsidiary quadrant “Games” dial was situated inside the Metonic Dial, and a subsidiary three-sector Exeligmos Dial inside the Saros Dial. Preserved text inscribed around the dials (from the lower right quarter of the plate), probably representing about a quarter of the original inscription, provided further information associated with the predictions of eclipses.

The Metonic Dial inscriptions imply a calendrical scheme similar to that described by Geminos. It was intended to be a version of the calendar of Corinth as it was practiced either at Corinth itself or in some locality of Epirus. The Games dial shows six competitions, four Panhellenic (Olympics, Pythian, Isthmian, and Nemean) plus Naa (Dodona) and very probably Halieia (Rhodes).

On the Saros dial there were probably originally about 50 or 51 month cells with a lunar and/or solar eclipse prediction, each carrying a “glyph” and an index letter. Predicted eclipse times (in equinoctial hours) on the glyphs were calculated as times of true syzygy according to solar and lunar models that both involved anomaly, with the simple Exeligmos dial extending the predictions over three or more Saros cycles.

The additional information referred to by index letters from the Saros dial was grouped into paragraphs; that for lunar eclipse prediction probably ran down one side of the plate, and that for solar eclipse prediction down the other. Statements about direction may imply a meteorological aspect by referring to predictions of winds attending the eclipses. Five references to colour and size at eclipse are the only Greco-Roman source known to us that suggests prediction of eclipse colors, and might conceivably be linked with astrology.”

Lastly, the research team was able to use the ‘data’ that drove the device to guess at the likely location of the person who compiled it, finding that it corresponded to observations from a latitude of around 35 degrees – that ruled out Egypt the north of Greece, but matches the island of Rhodes.”

“An  astronomical calculator dating back to 60BC Ancient Greece may have also been used to predict the future, researchers have revealed.

The Antikythera Mechanism, described as “the world’s first analogue computer” was created 2,000 years ago and discovered in 1901 in a shipwreck off the Greek island of the same name.

Remaining fragments of the device have been pieced together over the past 12 years using x-ray imaging technology, revealing the secrets of the device.

It was previously revealed the calculator had been used by the Greeks to map the movements of the planets and stars across the sky, as a means of navigation.

However, scientists have now decoded the broken inscriptions on the surface of the device, which appear to reveal an astrological purpose.

Professor Mike Edmunds, from University of Cardiff’s astrophysics department, told a conference in Athens: “We are not quite sure how to interpret [fusion_builder_container hundred_percent=”yes” overflow=”visible”][fusion_builder_row][fusion_builder_column type=”1_1″ background_position=”left top” background_color=”” border_size=”” border_color=”” border_style=”solid” spacing=”yes” background_image=”” background_repeat=”no-repeat” padding=”” margin_top=”0px” margin_bottom=”0px” class=”” id=”” animation_type=”” animation_speed=”0.3″ animation_direction=”left” hide_on_mobile=”no” center_content=”no” min_height=”none”][the inscriptions], but they could hark back to suggestions that the colour of an eclipse was some sort of omen or signal.

“Certain colours might be better for what’s coming than other colours. This is the first instance we have in the mechanism of any real mention of astrology rather than astronomy.” 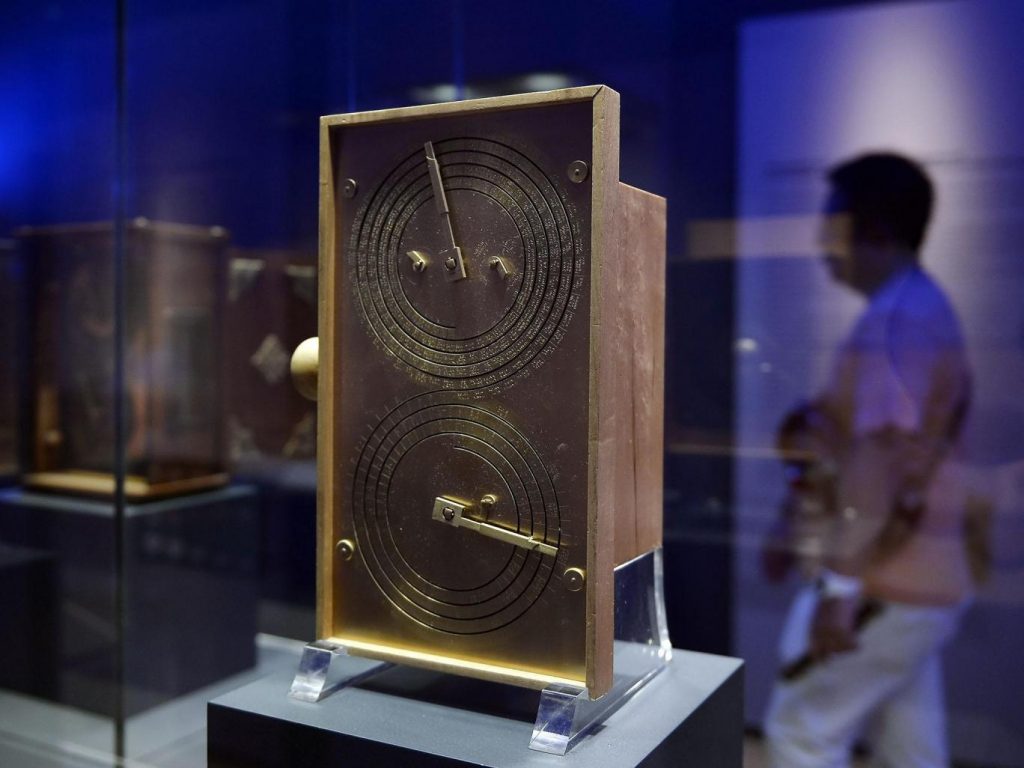 This is just another example of how remote viewing can be used in real world situations to provide credible and very accurate information years in advance of other sciences. Archaeology is just one of many applications that remote viewing can find a home. The current feedback validates the remote viewing information collected back in 2012. Let’s hope that others take note and also use the amazing and adaptable skill of remote viewing to also bolster their projects and research.

Secrets of the Antikythera