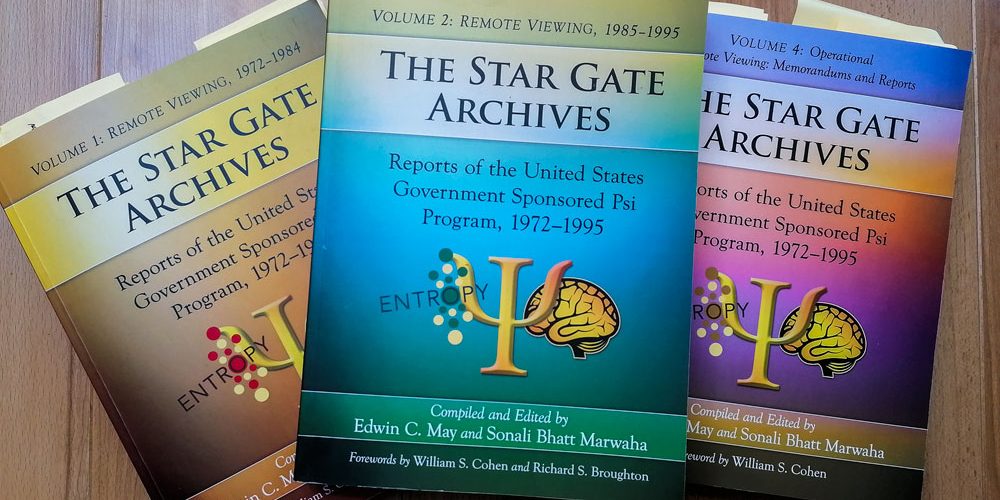 During the Cold War, the U.S. government began testing paranormal claims under laboratory conditions in hopes of realizing intelligence applications for psychic phenomena. Thus began the project known as Star Gate. The largest in the history of parapsychological research, it received more than $20 million in funding and continued into the mid-1990s. This project archive includes all available documents generated by research contractor SRI International and those provided by government officials.

Remote viewing (RV) is an atypical ability that allows some individuals to gain information blocked from the usual senses by shielding, distance or time. Early work benefited from a few “stars” of RV who were successful at convincing investigators of its existence and its potential as a means of gathering intelligence. Research focused on determining the parameters of RV, who may have the ability, how to collect and analyze data and the best way to use RV in intelligence operations. Volume 1 Remote Viewing (1972-1984) and Volume 2 Remote Viewing (1985-1995) include laboratory trials and several operational results.

This is a four book set at approx $90 per book

Those who know me, know that for decades I have been obsessed with the history of Remote Viewing and that I have spent hundreds of hours reading through the CIA’s release of the Star Gate documents. During this time I have taken the CIA’s badly and confusing mess of documents and I have organised them, made them searchable ny keyword and have studied them within my own file systems and archive.

What I like about this series of books is that they are all very well compiled and all the missing and some of the previously redacted parts are now all together in fairly complete files. I also like the format – paper, yes paper. I’m more of a kindle person now-a-days, but for research there is nothing better than making comments in borders, using post it notes and underlining important data.

So, the large book format is great I found. The authors did an amazing and astounding job of compiling all the best and relevant information into these four editions.

Alot of the previously missing or redacted data for the operation remote viewing has been found and added to the documents allowing for a much better evaluation of the accuracy. A great resource for those REALLY interested in the documented history of remote viewing and as a series. A clear document as to the reality of remote viewing, not like the flawed AIR report that closed the Remote Viewing program back in ’95. The Authors have created an amazing documentary and resource tool.

BUT, the price is expensive, due to the size of each book I’m guessing. So this will alas put allot of people off purchasing. Which is a real shame. One thing I would like to see and may ask the authors if they can create is a large pdf or pdfs of each book in a searchable format allowing quick research and maybe at a discount for those who can prove they have purchased the physical books.

If you are an RV history buff, just unconvinced, or inquisitive and if you have some disposable cash then this set is a serious addition to any RV library.