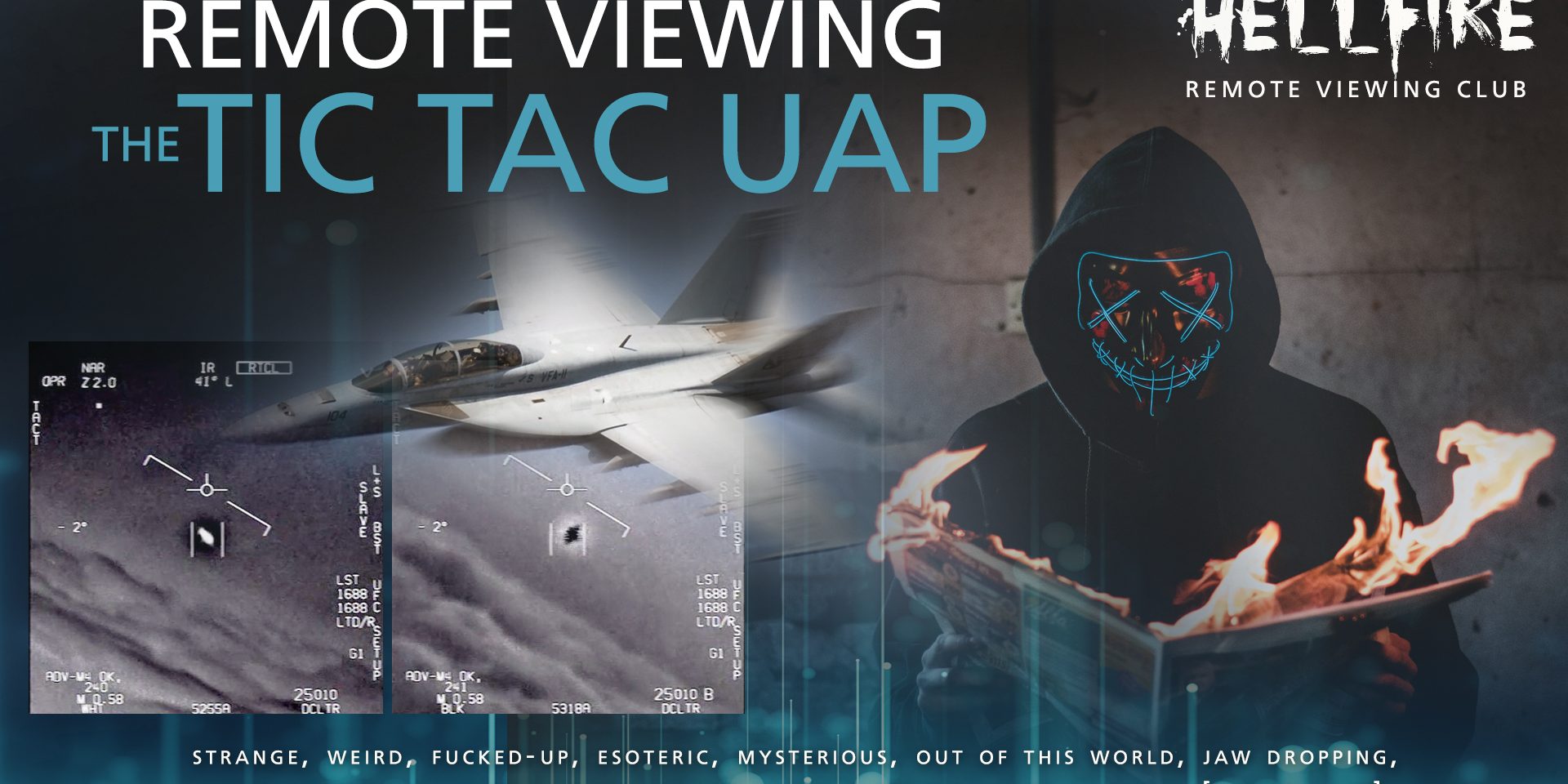 The Tasker for this project was: Coral Carte.

Background to the Nimitz UAP event:

The Pentagon UFO videos are selected visual recordings of cockpit instrumentation displays from United States Navy fighter jets based aboard aircraft carriers USS Nimitz and USS Theodore Roosevelt in 2004, 2014 and 2015, with additional footage taken by other Navy personnel in 2019. The four grainy, monochromic videos, widely characterized as officially documenting UFOs, were the subject of extensive coverage in the media since 2017. The Pentagon later addressed and officially released the first three videos in 2020,[1] and confirmed the provenance of the leaked 2019 videos in two statements made in 2021.

On November 14, 2004, fighter pilot Commander David Fravor of the USS Nimitz Carrier Strike Group claims to have investigated radar indications of a possible target off the coast of southern California.Fravor said the operator had told him that the USS Princeton (CG-59), part of the strike group, had been tracking unusual aircraft for two weeks prior to the incident. The aircraft would appear at 80,000 feet (24,000 m) before descending rapidly toward the sea, and stopping at 20,000 feet (6,100 m) and hovering. Fravor reported that he saw an object, white and oval, hovering above an ocean disturbance. He estimated that the object was about 40 feet (12 m) long. Fravor and another pilot, Alex Dietrich, said in an interview that a total of four people (two pilots and two weapons systems officers in the back seats of the two airplanes) witnessed the object for about 5 minutes. Fravor says that as he spiraled down to get closer to the object, the object ascended, mirroring the trajectory of his airplane, until the object disappeared. A second wave of fighters, including pilot Lieutenant Commander Chad Underwood, took off from Nimitz to investigate. Unlike Fravor, Underwood’s fighter was equipped with an advanced infrared camera (FLIR).[9] Underwood recorded the FLIR video, and coined the description “Tic Tac” to describe the infrared image, but did not himself see any unusual object.

On December 16, 2017, The New York Times reported on the incidents, and published three videos, termed “FLIR”, “GIMBAL”, and “GOFAST”, purporting to show encounters by jets from Nimitz and Theodore Roosevelt with unusually shaped, fast-moving aircraft. The reports became subject to “fevered speculation by UFO investigators”.