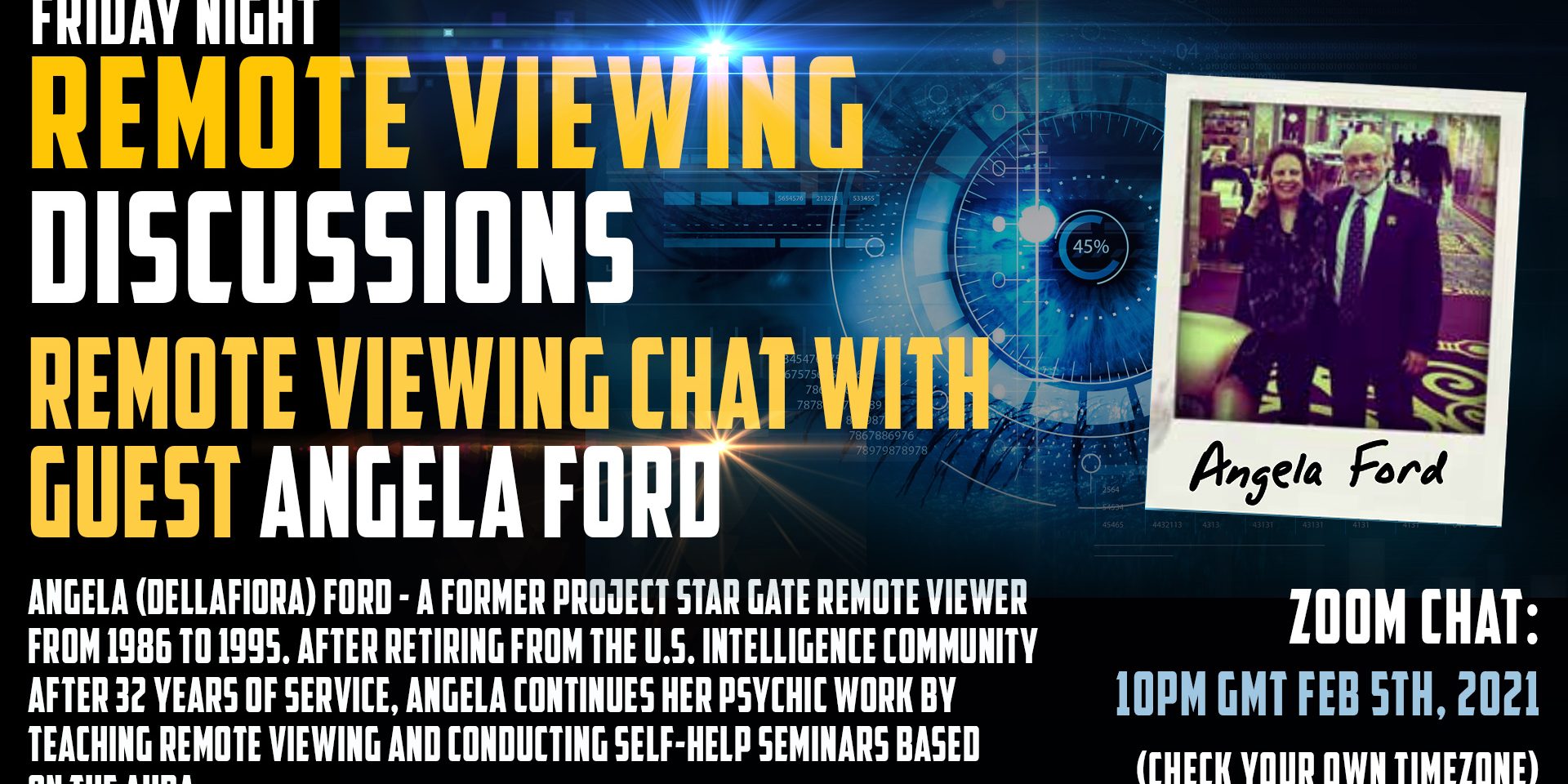 This is a 2hour Zoom Chat with Guest Angela Ford, hosted by Daz Smith and with questions from the Remote Viewing community. Angela candidly answers questions about her unique Remote Viewing method WRV, about her time in the Star Gate unit and many other topics.

Angela (Dellafiora) Ford – is a former Project Star Gate remote viewer (viewer number 079) from 1986 to 1995. She retired from the U.S. Intelligence Community after 32 years of service, Angela continues her psychic work by teaching remote viewing and conducting self-help seminars based on the aura. She also works for the Laboratory of Fundamental Research in Palo Alto, California. In December 2015, Angela had the honour of travelling to Moscow, Russia to meet former Russian psychics who worked for the Soviet Union during the Cold War.