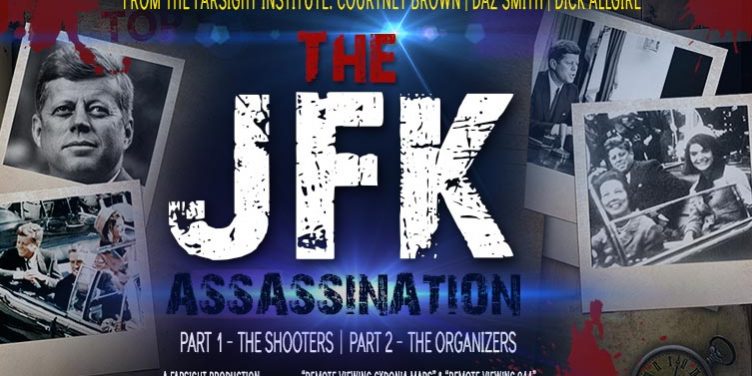 Remote viewer Daz Smith sets out on an incredible journey as he works a blind remote viewing target for the Farsight Institute. He’s told nothing more than “this is target 14-A,” but finds himself witnessing the John F. Kennedy JFK Assassination, and JFK’s transformation at his moment of physical death. This video gives an inside look at the remote viewing process and a dramatic example of where it can take you.

This video supplements a two-part project published by The Farsight Institute on the Assassination of JFK: (1) The Shooters and (2) The Organizers. The footage contained in this video includes perceptions of JFK immediately after his death, footage that was not included in the original two-part project, mostly because of time limitations. Finally, this stunning afterlife material collected by Daz Smith can see the light of day. In this beautiful film produced and directed by Dick Allgire. More of the JFK Assassination project and DVD’s can be found here: http://farsight.org/